Eyetalk is engaged with the issues that we work on. We invest time and effort to stay on top of the stories behind the headlines, in order to communicate effectively and with authority.

Conflict in Ukraine shines new light on the overlaps between sustainability and political risk. Companies with business in authoritarian countries may wish to take another look at the sustainability of those investments.

Russia may seem like an extreme example of these overlaps. But once seen as a source of vital raw materials, highly educated labour force, and  sizeable consumer market, it has become a pariah nation, literally overnight. Western companies and international organisations are abandoning Russia in haste.

Part of the reason for this is that western governments have introduced new sanctions and removed Russia from the international financial system. The sanctions target Russia’s financial, energy, and transport sectors in particular, as well as the country’s oligarchs.

But the exodus is also reputational and linked to sustainability, in the sense that investments in Russia have material impact. Political scientists make comparisons with investments into apartheid South Africa or Nazi Germany.

Fiona Hill, a widely-respected Russia expert, is one such political scientist. Not every Russian company is tied to the Kremlin, she says in an interview with Politico, but many certainly are. And this issue is the epitome of ESG that companies are saying is their priority right now, upholding standards of good environmental, social and corporate governance, she says.

“Do you really want to have your money invested in Russia during Russia’s brutal invasion and subjugation and carving up of Ukraine?”

The reputational effects go beyond sustainability issues, however, and association with Russia has become toxic. Even sporting organisations, such as FIFA and the World Athletics Council, are dropping their links.

In terms of communications, companies have a basic choice between silence, neutrality, or outright condemnation of the invasion.

Most companies seem to have started by recognising that the Ukraine crisis is a tragedy and citing concerns for affected staff. Some are still deciding whether this is a crisis, a conflict, or an invasion.

But as the dust settles, questions might be asked. How did we contribute to this? Should political risk be a part of our sustainability agenda? How sustainable can our investments into an authoritarian country ever be?

Many analysts are watching China’s reaction closely. Will Beijing stand with Moscow, or – with time – will they distance themselves from the conflict? More directly, what will western governments and companies do if China now invades Taiwan? Is this a political risk? And what does it say about a company’s commitment to sustainability to be invested in such a country?

Some companies have decided to stay silent on Russia, maintaining their investments. Their reputation may yet take an enormous hit, suggests Christyan Malek, head of global energy strategy at JPMorgan, in a recent interview with the Financial Times.

“How do you advance a credible ESG agenda when you’re in a country that’s in a major conflict?” he said.

COP26 in Glasgow is the most important meeting on climate since Paris in 2015. While government negotiators will thrash out more details on the Paris Agreement, such as reporting and audit rules, political leaders will make new announcements. It is a major moment for our climate.

Here’s what Eyetalk is looking out for: 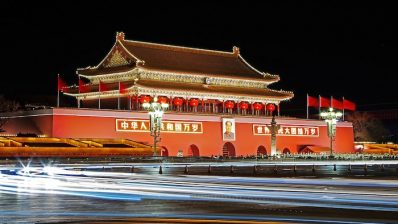 China’s unilateral commitment to carbon neutrality by 2060 took the West by surprise. But it has been obvious since the beginning of this century that China will have the decisive voice in the future of the global climate. As Adam Tooze explains in this brilliant piece for Foreign Policy, an urgent priority in the #climatecrisis is to build a united, global alliance for decarbonisation. China’s commitment to carbon neutrality means that it now shares that goal with the west and the global climate alliance is one step closer to reality. We must hope that others now enter that tent.

Wind and solar power have rightly been a focus of attention in the fight against #climatechange. But #hydrogen is gaining more attention, because it could be a breakthrough solution that reduces our GHG emissions further and faster. First, it burns hot and clean, so that it could replace fossil fuels used to make steel, cement and chemicals. Second, many now see it as a clean fuel solution for trucks and shipping too. Best of all, hydrogen can be extracted from the air using renewable energy. This is green hydrogen. It is still expensive, but pundits are expecting the costs to come down fast. This Bloomberg article is an excellent place to learn a bit more. 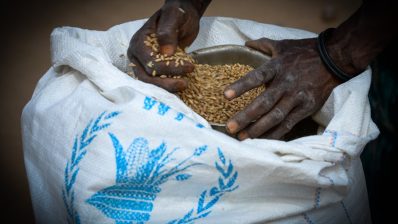 #covid19 could increase by 82 percent the numbers of hungry in the countries where the World Food Programme operates.
“Until the day we have a medical vaccine, food is the best vaccine against chaos,” says David Beasley, WFP’s Executive Director, in this WFP news release.
“Without it, we could see increased social unrest and protests, a rise in #migration, deepening #conflict, and widespread under-nutrition among populations that were previously immune from #hunger.”